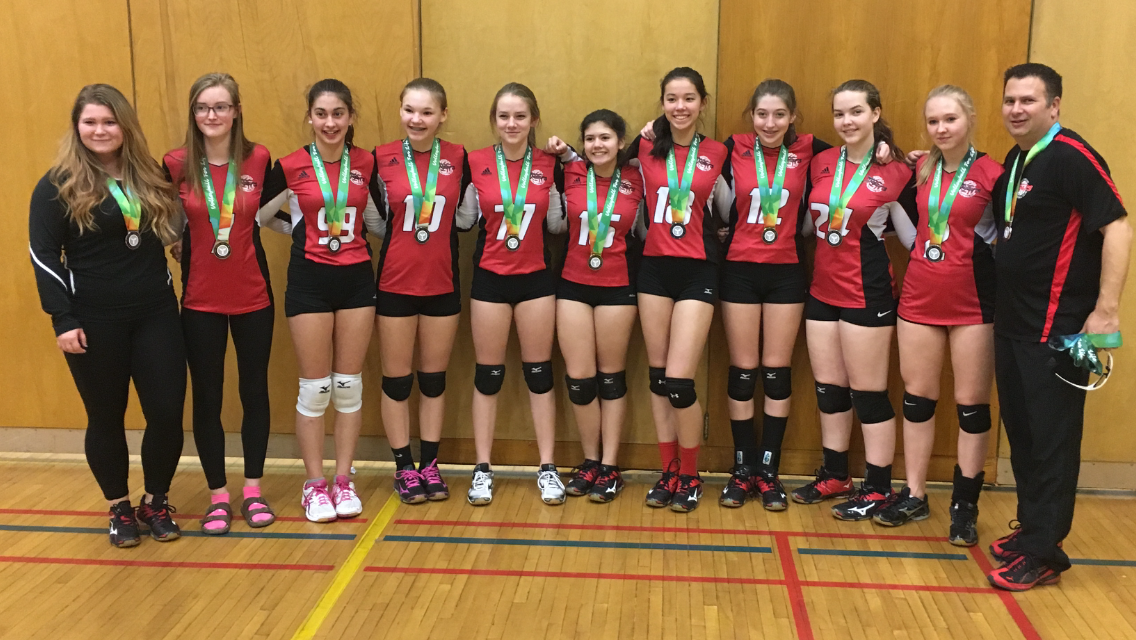 After following up on their impressive Silver medal at the Hamilton Smash 16u Extravaganza over the Family Day weekend, the Waterloo Tigers 15u Black team continued their momentum into their final OVA tournament of the year.
In the morning Pool play, these Tigers took on the two 15u teams from Guelph and won both games in two straight set. Continuing their dominance in their quarter final (Scorpions Gold 14u – 25-20 & 25-8) and semi final (Scorpions Green 14u – 25-19 & 25-11) matches, the team was primed to take on their rivals from Stratford in the finals. The Stingers came out swinging as well and gave the girls a tough challenge. Going point for point throughout much of the 3 sets, our Tigers fell just short in losing the 3rd set 16-14.
Great performances from all the girls as they picked up their 2nd OVA medal of the year. Looking forward in seeing them strive for the Gold at the Provincial at the end of April. 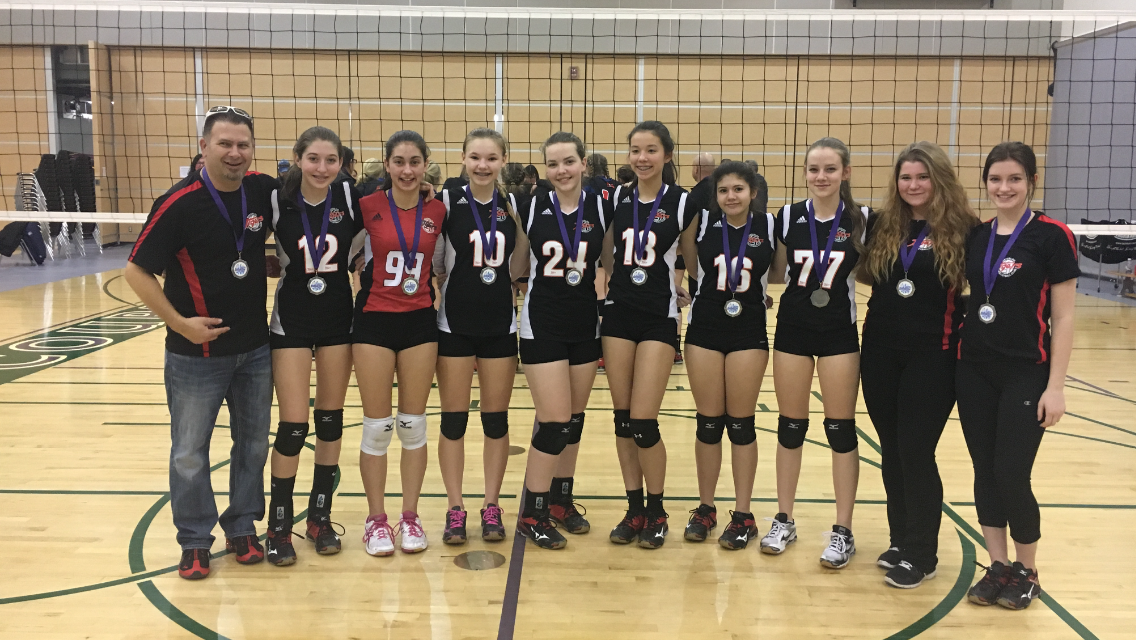 The TIGERS 15U Girls would also like to thank their sponsors whom have helped them with their success this year:
Silver Sponsor:   Grand River Awnings (Elora, ON)
Bronze Sponsor:   M.H.Francq and Associates (Timmins, ON)

Tigers 17U Girls Black win their second medal of the year, a Bronze, at the Bugarski Cup tournament on February 25th. 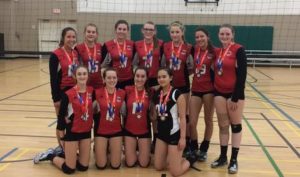 London at Supreme Courts.  The team started the day off by splitting their first match with Predators Fusion.  They went on to badly beat the Predator 11U Purple team two straight before facing some stiff competition and losing two straight to eventual tournament champion Halton Hurricanes Black.  The Tigers finished original pool play in 3rd place which set them up to play the host London Sharks Great Whites in the quarter finals where the Tigers won 25-23 and 25-14.  The team was to face the Halton Hurricanes Black once again in the semi-final but went down two straight 19 and 17.  After a lengthy break the Tigers went on to play the Predators Fusion again and the Preds beat the Tigers in set one 25-22.  This loss did not hold well with the team and they worked hard to come back and beat the Preds in the next two sets 25-20 and 15 to 10.  This was the Tigers first medal win of their program and they are hoping this is just the beginning of a long medal haul in future tournaments.  The future is definitely bright for these young ladies.  A special thanks goes out to one of our practice players “Una” for helping them out all day long.