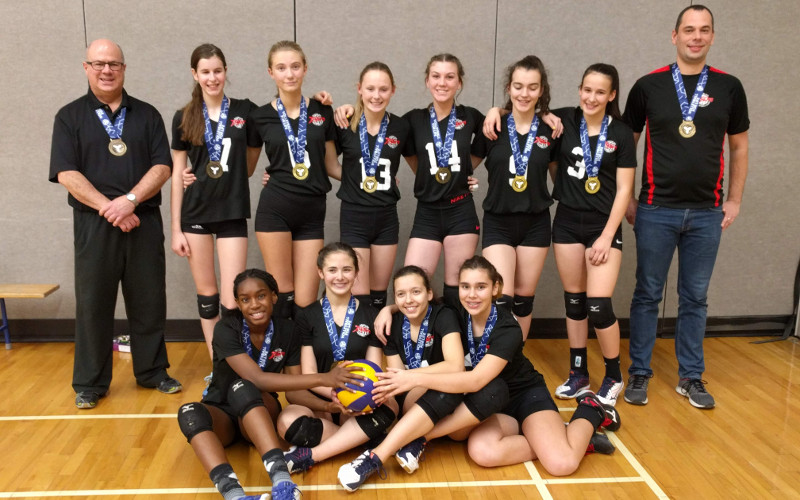 The 14U Apex team took Gold home for the second week in a row at the 14U Championship Challenge Cup. Pool play finished with them in first in their pool beating LVC Fire (25-15, 25-17), London Sharks 13U (25-12, 25-15). After a long lunch break because the other courts were running behind they found themselves up against Niagara Rapids in quarter finals beating them 25-19, 25-13. Semi-finals resulted in a quick match against St Thomas Express (25-18, 25-6). The Gold medal match placed them against Defensa White and the Tigers took the first set 25-12. However the second set was lost 24-26 forcing a third set. The Tigers were successful at capturing the Gold winning the set 15-10. Congratulations 14U Apex!