The round robin matches in the morning allowed the team to gain some confidence with their successes. The Tigers easily defeated Predators Ripple 25-12 and 25-11, and the Lakeside Shujaa’s 25-14 and 25-18.

After a long break, the Tigers returned to meet Niagara Rapids Summit and made it an interesting three-set match. The long break may have contributed to the loss of the first set, but they quickly found their momentum and made a comeback to take the match (22-25, 25-8, 15-12). 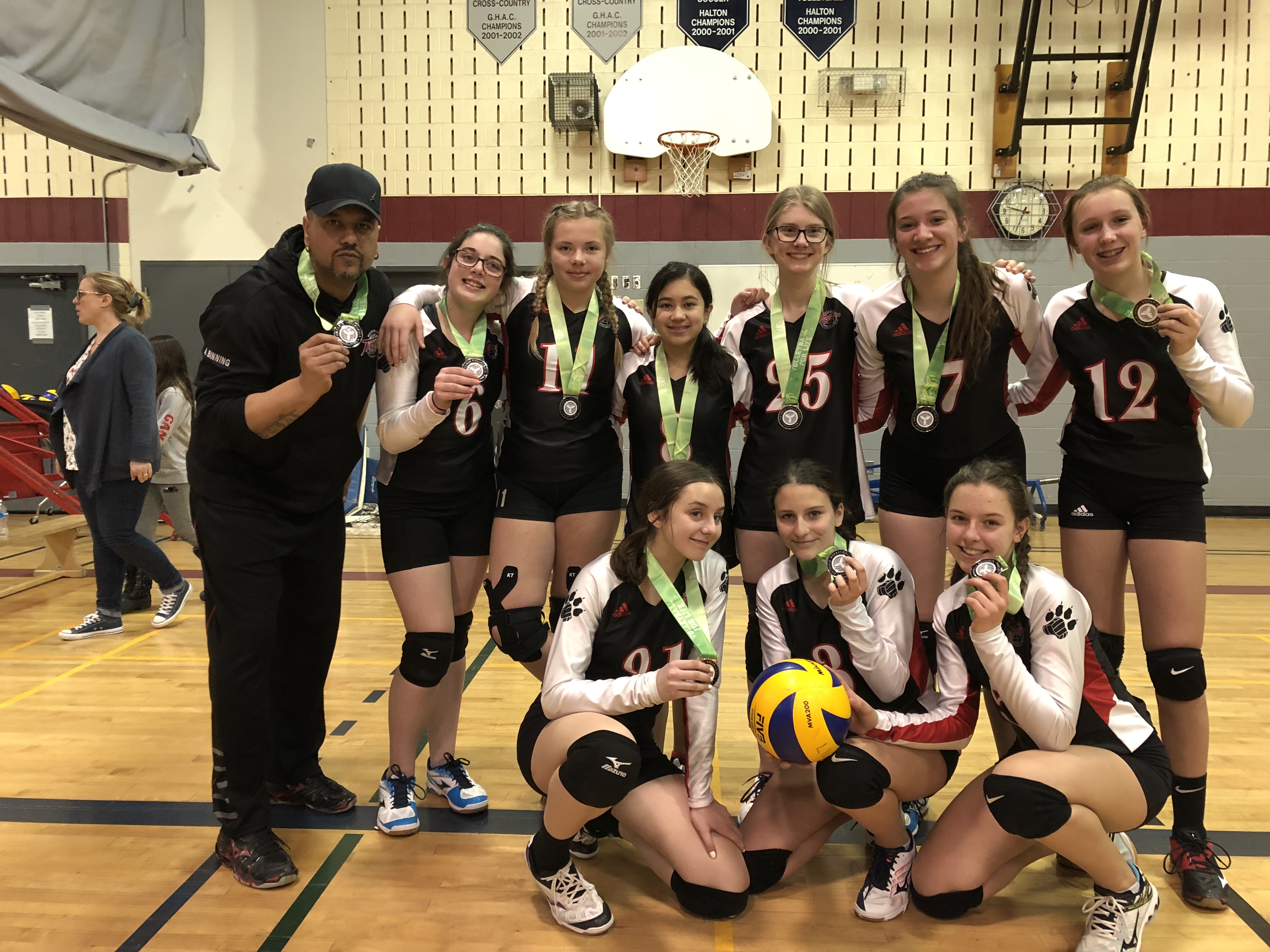 The semi-final round found the Tigers facing the Pakmen, and the team easily moved forward to the finals with scores of 25-17 and 25-11.

In the gold medal match the Tigers met Defensa White from Burlington, and despite a competitive start, the Tigers ultimately met their match! A well-played final match resulted in scores of 22-25, 25-16 and 15-4. Tigers 14U Black proudly accepted the silver medal!

The first playoff matchup pitted our Tigers against the Niagara Rapids Surge 14U where they won a close first set (25-23) but turned it around in the second set (25-5). 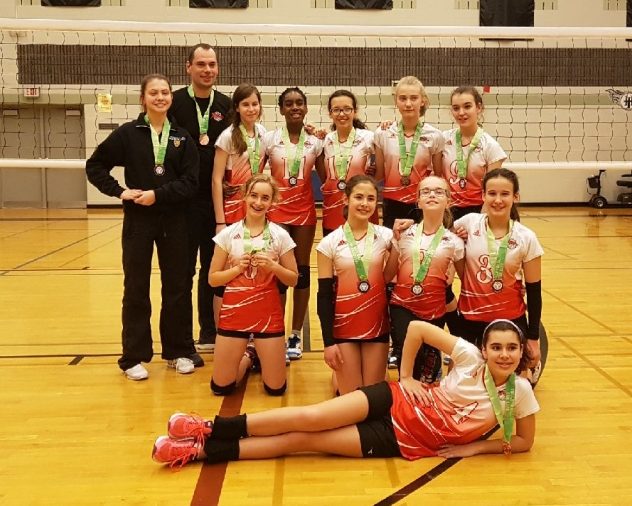 This lead to a bronze medal matchup where our Tigers were determined to complete the day on a positive note, winning Bronze against the Ancaster Lions 14U Red (25-23; 25-15).

Our Tigers 18U Girls were at home for the McGregor cup this past Saturday. The team started slow in the morning matches allowing both pool play matches to go to a third set. They won the first set in each match but came up just short in both second sets. They secured first place in their pool with two third set victories. In the third set of the second match vs Niagara Fury the team was down 8-2. A time out and pep talk from the coaches inspired the girls. They dug deep and came back to secure the victory winning 13 of the next 15 points. The match ended 15-10 for the Tigers.

After the lunch break they played EVP Eagles in the crossover. They won the first set 25-19 but came up just short again in the second set, losing 22-25. This meant a third straight 3 setter. They played well again and won 15-11. 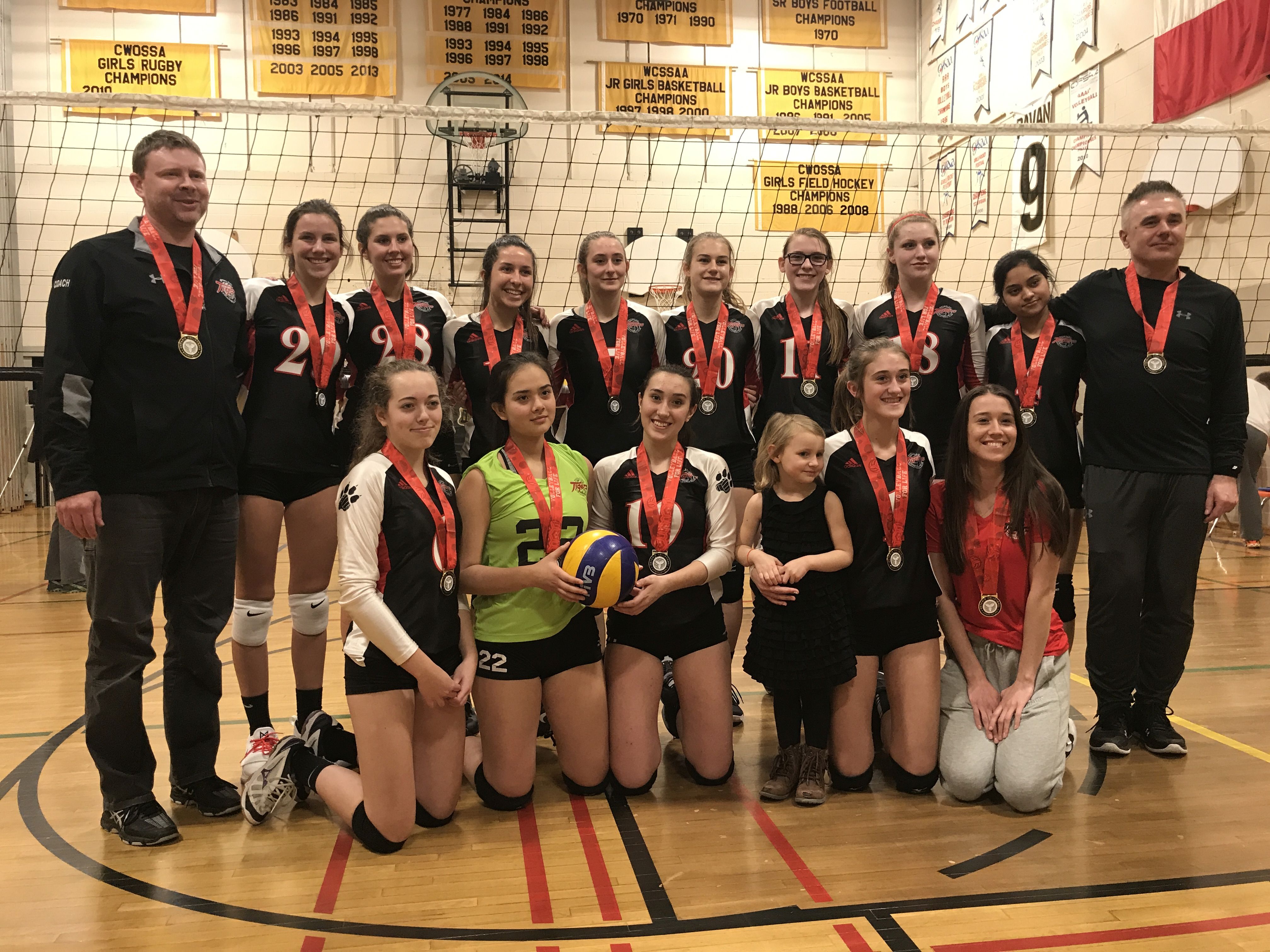 Winning the crossover match set up a semi final match vs number 2 ranked MVC 18U. MVC beat their pool play opponents convincingly in straight sets. Our team showed up excited and ready to play against a strong opponent. With nearly flawless passing, imposing serves and precise blocks they quickly got out to an early 8-1 lead. They never let MVC back in it winning the first set decisively, 25-12. They continued playing the best volleyball the team has ever played and won the second set 25-17.

A re-match vs Niagara Fury was set for the Gold Medal. The girls continued their pattern of first set wins defeating Fury 25-18. Playing their thirteenth set of the day one could see the girls slowing a little. Niagara came back and won the second set 25-22. This set up the girls fourth 3 set match of the day. As they had done in the morning match they allowed Niagara to get out to a big early lead. Fury was quickly ahead 8-3. Another time out and talk from the coaches was needed. The time out was fallowed by some precise serving, impeccable passing and zero mistakes. They won seven straight points and we were ahead 10-8. They didn’t allow Fury back in it, winning 15-11.Many tired girls had huge smiles after winning Gold in front of a home crowd. Congratulations to all the players and Coaches. Good Luck in the Championship Division next Month!