April 21 to April 23, the Waterloo Tigers sent five teams to battle with teams across Ontario at the OVA 2017 Provincial Championships.  This weekend, our club was represented by our youngest group (12U Girls), 14U Boys, 16U Boys, and our oldest groups: 18U Boys and 18U Girls.

The Waterloo Tigers 12U girls team had a challenging weekend going against some strong opponents in their round-robin matches. They were defeated by the Ottawa Maverick Spurs and MVC but were successful in defeating London Sharks Hammer Heads heading into the playoffs.  On the Sunday, they were successful in playing against Akwesasne Soaring Eagles winning 2-0 [25-13, 25-16] in the Round of 16. Their quarterfinal match was equally successful against Northern Chill winning 2-0 again [25-15, 25-12] moving them to a semi-final match. Unfortunately, they ran into some stiff competition losing 2-1 against the KW Predators Fusion team [7-25, 25-13, 9-15] moving them into the Bronze medal match. Their determination in this medal match showed as they took Etobicoke Titans Crius to three sets – only losing in the last set [25-22, 18-25, 10-15].  These athletes are just starting their life with volleyball and this tournament shows they have the character to enjoy the game.  Full results are posted on ISET.NET.

The Waterloo Tigers 14U boys team also found success this weekend. They opened the tournament with a shaky start only winning one of three matches. The boys turned their Power Pool Saturday around winning all three matches.  On Sunday in the playoffs, they were forced to a third set in the quarterfinals against London Fire Heat winning that match 2-1 [25-15, 13-25, 15-10]. This win placed them against Forest City Green in the semi-final match which they lost 2-0 [18-25, 20-25]. 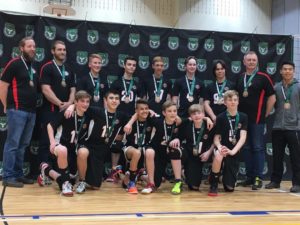 Going for a Bronze medal, the boys needed three sets to capture the Bronze Medal against Toronto West [25-20, 25-27, 15-9]. Congratulations on your Bronze Medal!!

Full results are posted on ISET.NET.

The Waterloo Tigers 16U boys team had a challenging weekend. They faced Pakmen 15U, Markham Revolution REVS, and the Oakville Thunder 15U who were all ranked higher than them entering the tournament. Unfortunately, success eluded them during their Preliminary and their Power Pool matches. Entering the Playoffs, they faced the Maverick Bulls and found success in the early morning by winning in three sets [17-25, 25-16, 15-9]. The boys then faced the 11th ranked team FCVC 15U Green who stopped their chances for a medal.  Full results are posted on ISET.NET.

The Waterloo Tigers 18U boys team also had a challenging weekend. They faced Lakeside, Ottawa Fusion, and KW Predators Legacy 17U who were all ranked higher than them entering the tournament. Unfortunately, success eluded them during their Preliminary and Playoff matches. Full results are posted on ISET.NET. 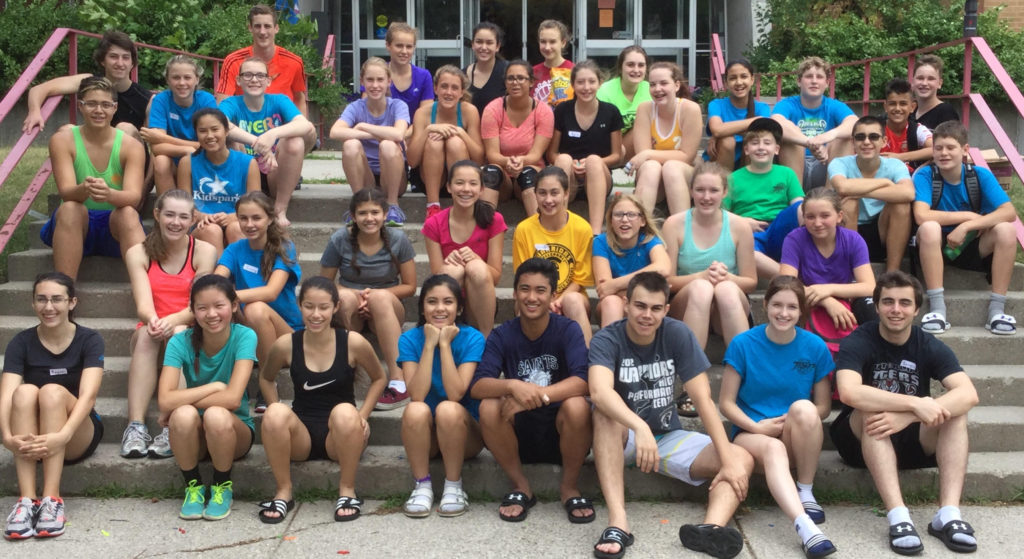 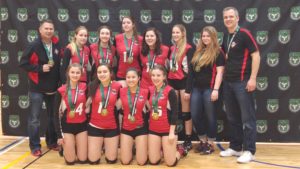 The TIGERS 16U Girls Red team won a GOLD at the OVA Provincial Championships this past weekend at RIM Park in Waterloo.  The girls finished with scores on the final day of :

Congratulations on your outstanding achievement this year girls!